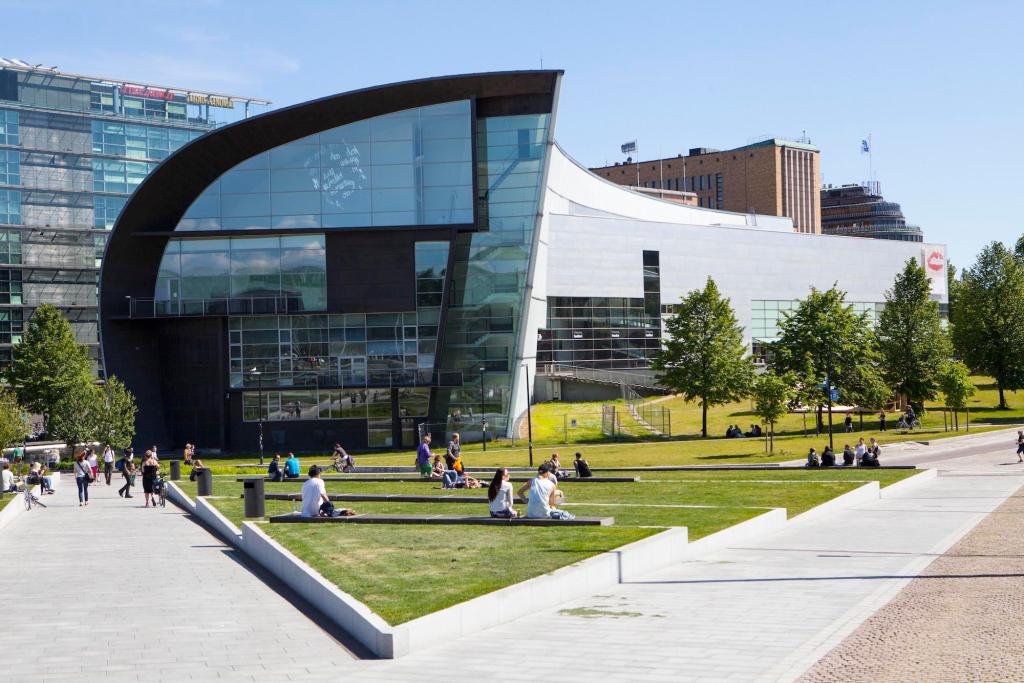 Nearly 130 Finnish artists have halted relations with the Museum of Contemporary Art Kiasma, a department of the Finland National Gallery, after the museum refused to take away an Israeli-Finnish billionaire with ties to the arms business from its board.

In an announcement launched on Monday, the artists mentioned the boycott was in protest of the museum’s relationship with Poju Zabludowicz, whose household made its wealth by way of partnering the Israeli and Finnish arms industries. He ranks on the ARTnews Top 200 Collectors list and is a consultant of a belief that manages a 3,000-work assortment.

“As art workers, we expect the Kiasma Museum of Contemporary Art to refuse financial or other support from private parties involved in arms trading or manufacturing and financial investments in conflict zones,” the assertion reads.

Zabludowicz lives within the United Kingdom and oversees Tamares, the household’s holding firm which invests closely in actual property and has ties to properties in occupied Palestine. He’s concerned in pro-Israel advocacy because the founding father of the Britain Israel Communications and Research Centre, a lobbying group, and has donated to Conservative Friends of Israel.

This isn’t the primary name from artists for museums to divest from the Zabludowicz Art Trust. Last 12 months, 25 artists disaffiliated themselves from previous collaborations and exhibitions with the gathering. That motion was organized by BDZ, which stands for Boycott/Divest Zabludowicz—a riff on the Palestinian-led advocacy group BDS, which promotes monetary and cultural divestments from Israel.

Museum ties to Zabludowicz philanthropy had come beneath renewed scrutiny after an outbreak of violence between Israeli forces and Palestine in May 2021 that noticed 12 Israeli civilians killed and 256 Palestinians killed in Gaza, together with at the very least 66 youngsters.

In a letter from that point, BDZ mentioned that Zabludowicz is “directly connected to Tamares, a holding company initially established with money historically made from arms dealing and contracts with the Israeli Air Force, but which still currently has ties to property in illegally occupied Ma’ale Adumim, BICOM (Britain Israel Communications and Research Centre) and significant financial contributions to Conservative Friends of Israel, and is thus complicit in and reproduces the Israeli-state-led apartheid, which normalises the oppression of Palestinians.”

In a response to the de-authorization, a spokesperson from the Zabludowicz Collection reissued an announcement shared on-line by Anita and Poju Zabludowicz in spring 2021 voicing help of a “Two-State Solution that guarantees the rights of Palestinians and Israelis to live and work side-by-side in peace,” the couple said. “We welcome the ceasefire as it is only through respectful and diplomatic dialogue that a permanent peace can be achieved. We know that violence and aggression are not the answer and mourn the lives lost on both sides.”

Kiasma mentioned in an announcement to the Jerusalem Post that “as an organization operating under the Finnish state, the National Gallery and its museums cannot participate in boycotts directed at individual citizens.”

It added: “We participate in those boycotts and blockades to which the Finnish state has committed and directed us to.”