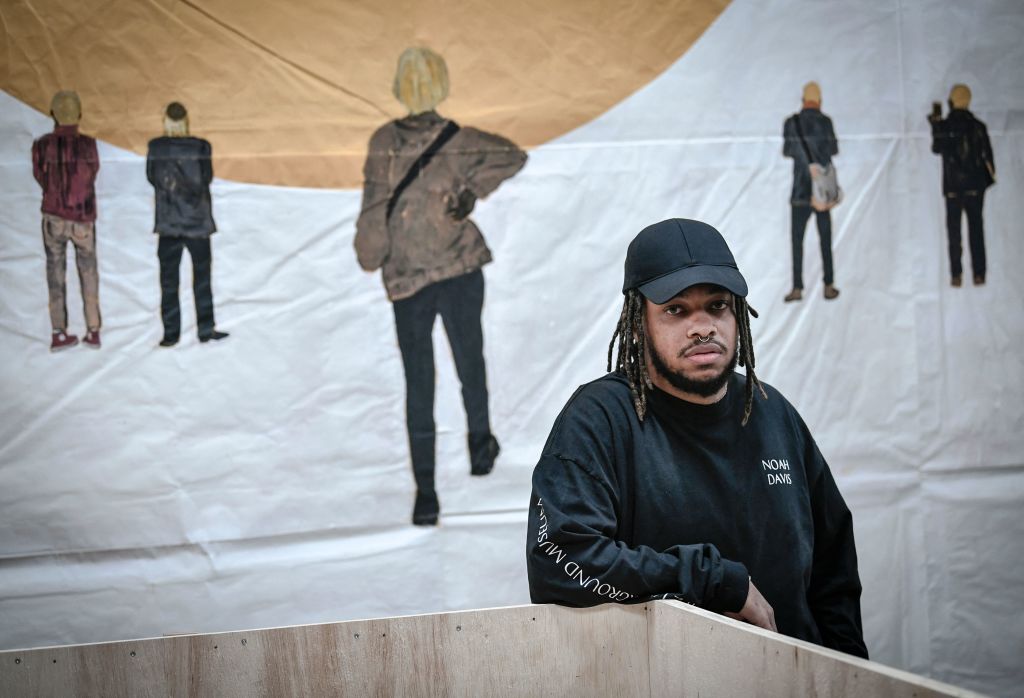 Brazilian artist Maxwell Alexandre demanded that his work be faraway from Inhotim, a museum and botanical backyard in Brumadinho that counts amongst Brazil’s largest artwork establishments. His large-scale work had been featured in an exhibition concerning the Black expertise, and he stated he had not consented to their inclusion.

In a social media post, Alexandre wrote that he was embarrassed by “the communication of the exhibition,” titled “Quilombo: vida, problemas e aspirações donegro” (“Quilombo: life, problems and aspirations of the Black”), which opened on the museum on November 18.

“My work and my concept were used without my consent as a central part of the exhibition,” Alexandre defined. “I only found out that this was happening like this at the last minute and even though I expressed my embarrassment and dissatisfaction and said that I didn’t want to be part of this show, they didn’t respect me, they ran over me! Take down my work Inhotim.”

Alexandre referred to as for the elimination of his work on November 30, and it was eliminated by the museum one week later.

The work in query is a bunch of large-scale suspended work from Alexandre’s 2021 sequence “Novo Poder” (“New Power”). It was included alongside works from 32 different artists and collectives. The exhibition is a component of a bigger undertaking, staged in collaboration with the Institute of Research and Afro-Brazilian Studies, that’s meant to rejoice the legacy and affect of Brazilian artist Abdias do Nascimento (1914–2011).

“Inhotim takes an official position in relation to recent events involving the exhibition Quilombo: vida, problemas e aspirações donegro, and expresses, in a spirit of conciliation, its intention to, at the artist’s request, remove the work from the exhibition,” the museum stated in a statement. “As of Wednesday, December 7, 2022, the work will no longer be on display.”