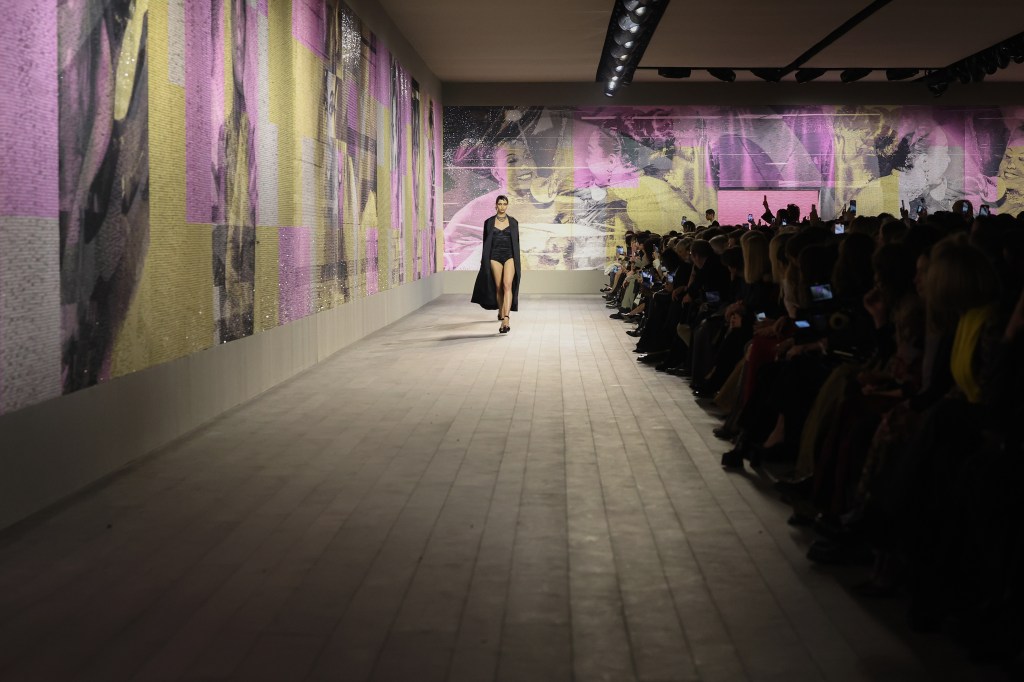 Mickalene Thomas created the stage design that served because the backdrop for Dior’s newest high fashion present, which debuted in Paris this week.

The luxurious home’s artistic director, Maria Grazia Chiuri, had been the one to ask the New York–based mostly artist to tackle the undertaking, which was revealed on Tuesday. It was a part of an ongoing effort by Chiuri to convey on established girls artists as runway collaborators. Chiuri has beforehand labored with artists like Judy Chicago, Anna Paparatti, and Eva Jospin, even enlisting the historic work of the Surrealist painter Leonor Fini in a single present.

In pre-show notes, Chiuri described the set for this newest present, which was held on the Musée Rodin, as a “creative dialogue” between her and Thomas. The designer’s latest wares—neutral-toned, form-fitting ensembles—draw on early Twentieth-century garments worn by feminine entertainers.

Mounted on the partitions surrounding the museum’s runway ground have been collaged black and white photographs of 13 Black feminine performers, Josephine Baker, Diahann Carroll, Marpessa Dawn, Lena Horne, and Nina Simone being amongst them. Their photographs, which have been overlaid with pink and yellow kinds, featured embroidered particulars produced by the Mumbai-based artisan group Chanakya ateliers and the Chanakya School of Craft.

“To see these monumental figures, take up such space in a setting that celebrates their elegance and talent,” Thomas instructed ARTnews, is a “moving moment.”

Thomas is thought for her renderings of Black femmes, who are sometimes the primary topics in her large-scale work. Archival imagery and Thomas’s personal private circle function the artist’s references.

The collaboration marks the second time Chiuri has tapped Thomas to collaborate on the manufacturing for a Dior undertaking. In 2020, Thomas designed a model of Dior’s signature 1947 bar jacket for a showcase in Morocco.