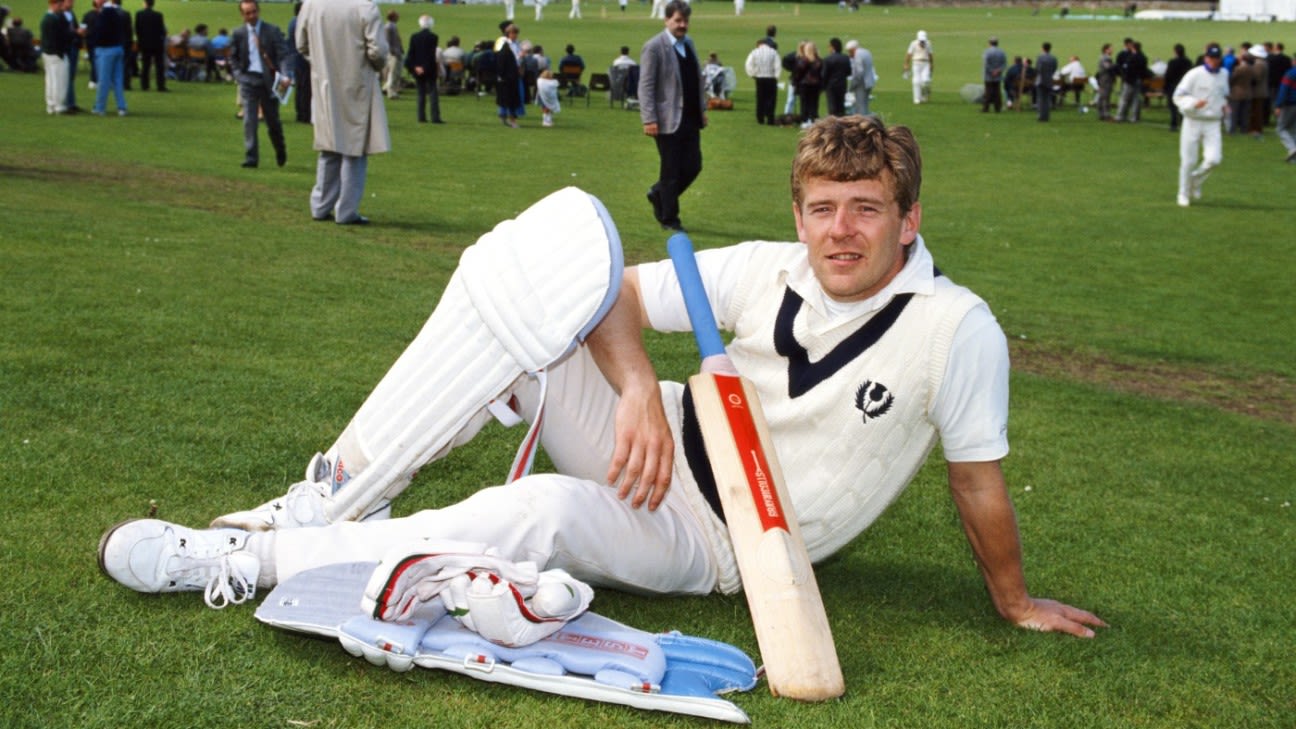 Andy Goram, the previous Scotland and Rangers goalkeeper, and the final man to play for his nation in each cricket and soccer, has died on the age of 58 after a brief battle with most cancers.

As a left-handed batter, wicketkeeper and right-arm medium-paced bowler, Goram grew up as a eager league cricketer within the Saddleworth League in Oldham. However, his alternatives to play at a better degree had been restricted by his soccer profession, and successfully ended together with his £1 million switch from Hibernian to Rangers in 1991, when his new supervisor, Walter Smith, ordered him to focus solely on soccer.

Prior to that ultimatum, Goram performed a complete of 5 instances for Scotland within the summers of 1989 and 1991: two first-class appearances towards Ireland, a brace of NatWest Trophy first-round matches towards Yorkshire and Sussex, and a one-off look against the touring Australians in 1989, a recreation for which he was fined for showing by Hibernian.

In entrance of a ten,000-strong crowd at Hamilton Crescent, Goram was bowled by the offspinner Tim May for 4, and went wicketless in his six overs as Mike Veletta and Tom Moody each made centuries in a 97-run win. However, in an interview with The Courier in the direction of the tip of his soccer profession, Goram admitted that the punishment from Hibs had been value it.

“Sure, I have been in the Champions League, turned out for Scotland with 50,000 or 60,000 spectators in stadiums across the world, and been in the goalmouth at Old Trafford with a crescendo of noise echoing all around me,” he mentioned.

“But these were no more enjoyable than locking horns with Allan Border, Merv Hughes and the other Aussies in that packed ground in Glasgow.”

Bruce Patterson, who additionally performed for Scotland in that Australia match, advised The National that Goram had been a “legend in Scottish cricket”.

“He absolutely loved the game,” Patterson mentioned. “It gave him a great release from the pressure of football, and he was a seriously good player – batter and bowler – who had the heart of a lion.

“In that Australia recreation he got here out to bat and not using a helmet and confronted his first ball towards their fiery quick bowler Merv Hughes who despatched a bouncer flying inches over Andy’s head.

“Merv followed up with some typical Aussie verbals along the lines of: ‘No helmet Goalie! Stick to f***ing football!’

“I used to be batting on the different finish and Andy simply gave Merv a smile after which smiled at me. He was in his component. He was the form of man you needed in your aspect and I really feel fortunate to have recognized him and spent nice instances with him.”

Overall Goram’s returns in his few Scotland appearances were modest – his highest score of 32 came in his maiden innings against Ireland in 1989, while his best bowling figures of 2 for 42 came against Sussex in 1991.

Arguably the finest moment of his Scottish cricket career came when he bowled the future England wicketkeeper Richard Blakey for 17 in a close-fought three-wicket loss against Yorkshire at Headingley in 1989. That summer he also made an unbeaten century for South of Scotland versus Strathclyde East in the NCA County Championship.

On the football front, Goram was capped 43 times for Scotland, and was his country’s first-choice keeper for both the 1990 World Cup (a tournament that ruled out any cricket appearances that summer) and the 1992 European Championship.

His international career was marked by a long-running rivalry with Jim Leighton, for whom he had been an understudy at the 1986 World Cup, and Leighton’s recall as Scotland’s first-choice keeper for the 1998 tournament in France led to Goram walking out of the squad in the lead-up to their opening fixture against the eventual champions, Brazil.

Domestically, Goram’s zenith came during his seven years at Rangers between 1991 and 1998, in which he won five Scottish Premier League titles, three Scottish Cups and two League Cups. He was also signed on loan for Manchester United by his fellow Scot Sir Alex Ferguson in 2000-01, and made two appearances in that season’s title run-in.

After retiring from football in 2004, Goram made an occasional return to cricket, including in May 2016, when he took 2 for 24 for Scotland over-50s against Lancashire over-50s, to mark the 30th anniversary of Scotland’s first win against county opposition. Three years earlier, he made a century for the Forty Club in an East versus West of Scotland clash.

Goram announced in April that he had been diagnosed with oesophageal cancer, and had been given six months to live. Known simply as “The Goalie”, in a 2001 ballot of Rangers followers, he was named as the best goalkeeper within the membership’s historical past.