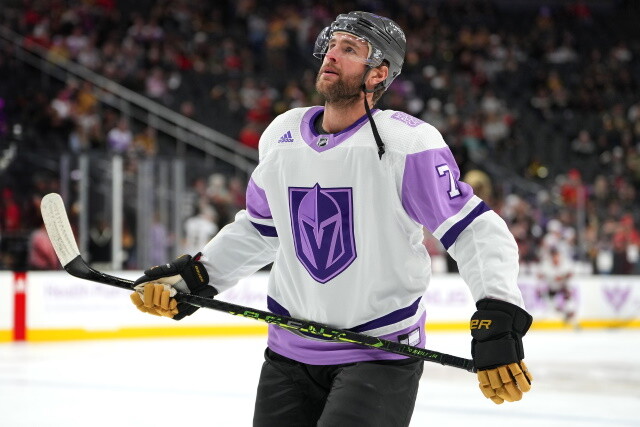 Forwards Valeri Nichushkin and Darren Helm are getting nearer to returning.

Forward Evan Rodrigues skated yesterday and will have the ability to return within the subsequent week or two.

Adam Kimelman: The Philadelphia Flyers have activated ahead James van Riemsdyk from the IR.

Jim Thomas of the St. Louis Post-Dispatch: The St. Louis Blues have misplaced ahead Pavel Buchnevich and defenseman Torey Krug to accidents.

Buchnevich is out with a lower-body harm and Krug has an upper-body harm.

Cap Friendly: The Golden Knights place Howden on the LTIR and non-roster Pietrangelo.

Owen Krepps: Golden Knights prospect Brendan Brisson will likely be out for 2 to a few weeks after having knee surgical procedure.