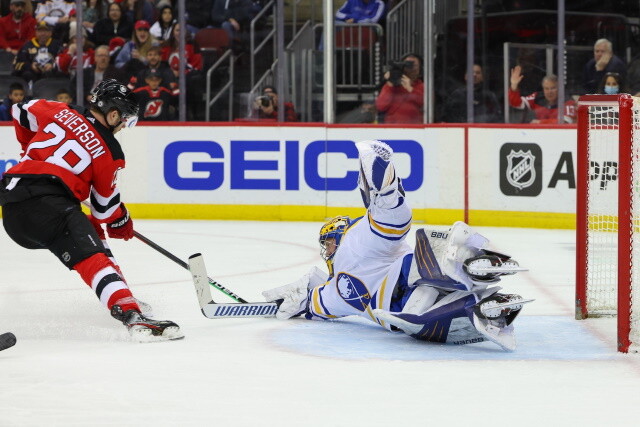 Luke Richardson get a four-year deal from the Blackhawks

Ben Pope: Pierre LeBrun reported that Luke Richardson’s contract with the Chicago Blackhawks is for 4 years at about $1.5 million per season.

Richardson’s deal is less expensive than a few of the different teaching contracts which were handed out recently.

“I’m very pleased to announce Derek as our new head coach,” Yzerman mentioned. “He has proven himself as an excellent coach at every level and has spent the last four seasons in the National Hockey League as part of a very successful program in Tampa Bay. We feel he is ready to take the next step in his career as the head coach of the Detroit Red Wings.”

Puck Pedia: The wage breakdown for Kevin Fiala’s seven-year, $7.875 million cap with the Los Angeles Kings. Years two via 4 he has a no-movement clause and in years 5 via seven a 10-team no-trade checklist.

Aaron Portzline: Blue Jackets GM Jarmo Kekalainen mentioned that he was going to be wanting so as to add some toughness to their lineup this offseason.

“We’ve watched him for a while now. He’s a guy we think can play the physical style and fit into our lineup.”

Adam Gaudette to grow to be a UFA

Bruce Garrioch: The Ottawa Senators have informed ahead Adam Gaudette that they gained’t be sending him a qualifying supply, due to this fact turning into a UFA.

The Dallas Stars have resigned UFA goaltender Scott Wedgewood to a two-year contract extension with a $1 million wage cap hit.

He’ll get $1 million for every season.

Puck Pedia: The Stars have re-signed pending RFA ahead Riley Tufte to a one-year deal.

Buffalo Sabres: The Sabres have signed goaltender Craig Anderson one-year contract with a base wage of $1.5 million.

Heartbreak for India in CWG women’s hockey, lose to Australia in shoot-out in semis