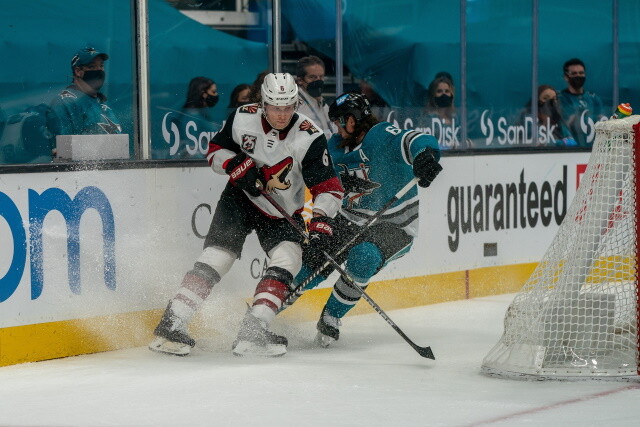 Got Yer’ Back Pod: Pierre LeBrun on the Edmonton Oilers curiosity in San Jose Sharks defenseman Erik Karlsson, the Arizona Coyotes asking value for Jakob Chychrun, the hurdles for the Vancouver Canucks to commerce Brock Boeser and the Colorado Avalanche being aggressive.

Pierre LeBrun: “It’s not going to be a trade where the Sharks net a whole lot in return, believe it or not. It’s really is about moving the contract … multi-years left at $11.5 million. Obviously, the Sharks would have to eat out of that. ”

Pierre LeBrun: “You’re getting a top-four defenseman at that cap hit and he’s signed for a couple more years. He’s not a rental. So Arizona feels that’s why they want two first-round picks.”

Ryan Rishaug: “Do we get into specific teams yet on the Boeser conversation? Do we know?”

Pierre LeBrun: “Teams are interested in him. They don’t like his AAV, $6.65 million for the next two and half years … If and when the Canucks trade Brock Boeser, it has to be a deal that helps unclog their salary cap picture, which is not very good.”

Ryan Rishaug: “Just based on being without MacKinnon here for a little, and  underwhelming results for the Stanley Cup champs so far.”

Pierre LeBrun: “I think Colorado is intent on being aggressive, and that’s notwithstanding all the injuries they’ve had. I think they had that intention even before the puck even dropped this year because they lost Nazem Kadri and never replaced him.”